Ian Haig works across media, from video, sculpture, drawing, technology based media and installation. Haig’s practice refuses to accept that the low and the base level are devoid of value and cultural meaning. His body obsessed themes can be seen throughout a large body of work over the last twenty years. Previous works have looked to the contemporary media sphere and its relationship to the visceral body, the degenerative aspects of pervasive new technologies, to cultural forms of fanaticism and cults, to ideas of attraction and repulsion, body horror and the defamiliarisation of the human body.

There is also another link between disease and the art world: the idea of museums as sterile and antiseptic spaces and the very notion of the curator to ‘cure’ the diseases of a sick and maladjusted world.

The work too extends the idea of how the media sphere is increasingly thought of as part of our of bodies, mobile phones, the internet and social media as new outgrowths of our biology. Fleshify the World takes this to an extreme end: an iPad fused with human flesh, with a lens onto weird bodily growths, experimental human biology and bodily eruptions. 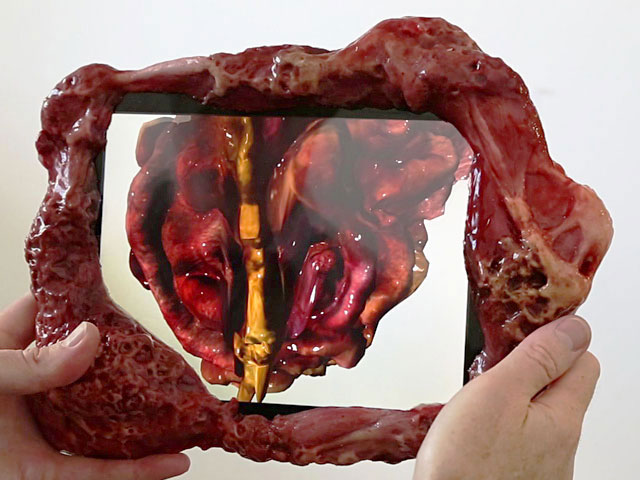